I mentioned how I have fallen in love in my previous post, I must also explain I hadn’t wanted that type of love (the romantic kind) in my life.

For the past year I have spent a lot of time, nearly all my spare time, rebuilding myself to who I wanted to be, and Love had been strictly prohibited.

As distractions go, Love is the biggest. For romantic love is a time of sharing with just one. All of yourself.

I had fiercely protected my Personal Freedom and had not wanted Love to interfere with this.

When you are in love see, you have a tendency to want to give as much of yourself to someone else, and that includes your time.

My time has been and still is precious to me. When you get to 46 years old you suddenly realise you are mortal and every minute starts to count so much more.

Falling in love means a new interest in your life. An interest that takes over your life, to begin with anyway because Love is addictive.

I still managed to fit in what I needed these past few days but needing to fit New Man added an extra pressure I could have done without.

On Wednesday evening, following a second night at his home, I cracked.

I woke up in his bed at 3 am without a sign of him. I went downstairs for a cigarette and found him there in his bathrobe after his shower, which meant he hadn’t been to bed since he left me there for a shower, talking to his mum and her partner.

I think the look on my face said it all, as he hurried out and back to the bedroom.

Just after I said I was going to leave. I don’t think that went down well.

These days, when I have an idea/thought in my mind, it happens. And I had decided I wanted to leave because the previous night hadn’t gone so well for me (it is tough sitting amongst people whose language you don’t understand) and I hadn’t appreciated being left alone in bed, no amount of pleading would make a difference.

His mother took over, she wanted to talk to me about it and there would be no escaping. 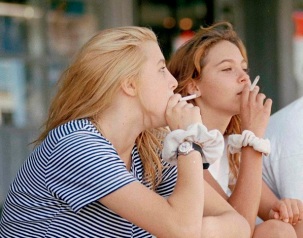 An hour or so later, I left, with a lighter heart and extremely grateful for his mum, and her partner, to have seen right through me and got out of me what had gone wrong:

Too much too quickly, no time to get to know each other.

Danny, her partner, said “what she needs is a date”.

See, I know everything there is to know about him, he has shared everything with me these past four days, down to the naughty photos he kept in his phone -which he deleted after I mentioned casually that wasn’t a great thing to know was on the phone of your boyfriend ;-). [When I stated he didn’t have to delete them, they didn’t bother me, he said “yes, yes, for you, anything”, I believe him.]

I know, and love, his mum, her partner 20 odd years younger than her; the guys he shares his house with (all absolutely lovely or lovable); his deaf brother (a sweetheart); have seen photos (and the boobs of) his sister (a glamour model), her husband and her son (they live in Germany); I have seen photos of his ex (stunning!) and know they split because “she likes boys too much; that she was an erotic dancer in a club, and the type of girls whose photos he kept in his phone (big breasted, glamour model types, photos of the girls that go to the club he on occasion does security for); that he is studying to be a Police Officer in the UK; that he loves his (second hand, often broken) gadgets; that he adores his mum; that she left his dad because “he likes other women too much”; that he loves cleaning;

I know he is the main man of the household, the go to person, the one who will sort you out with a job, a Del Boy in the making;

I know he likes driving sporty cars, that he has a Celica off the road currently that I can have first refusal on over his mum, that he wants a black 4X4;

that he loves animals, and his nephew, very much so.

I know he lives his life 100 miles an hour, always busy, always something to do, never on time.

I know he would do anything for me.

He knows nothing about me. Nothing that tells him much about me.

He knows my house is clean and my husband and I split 5 years ago and he picked up with my best friend and we are not divorced yet because we are doing it DIY (without lawyers) and we have both been lazy getting it done (not sure he understood the last bit).

I have told him I have had two depressions but no details about them.

He knows I have a cat and a new lodger moving in on Saturday, that I am going to Vancouver Saturday for two weeks, that I am not working currently (and he never asked why).

He knows I moved to the UK when he was barely born, 26 years ago because my mum was over controlling.

He knows I want to go to New York for Christmas. (He wants to take me to Romania instead).

He knows I smoke pot and I don’t drink, since last Christmas.

He has seen the inside of my house once and driven my Puma.

He knows I don’t need his help with anything, despite him offering to do everything for me.

To the astute eyes, that is a lot of information which may beg more questioning.

To the person in love’s eyes, it is just information.

It tells him nothing about where I came from and where I am going. He doesn’t seem to care, He Loves Me, he has said he likes me very much, so very much; he tells me constantly.

He is not going to escape this quite so easily. He needs to stop caring so very much and learn who I am. Our future depends on it.

Last night was the HALT; stop and think point for me.

Luckily his mother noticed and decided to “counsel” me as I had gotten up 3 am to find him in the  kitchen with his mum and Danny, her partner, talking.

I said I needed to leave.

It didn’t go down well and he skirted off to bed while I stayed in the kitchen to smoke a cigarette, at first trying to resist attempts from his mum to talk to me about it – she had approached the subject by stating she thought maybe I was scared then maybe my life was very complicated.

I rejected the notion then. Only to wake up this morning and realising she was right.

My life IS complicated. It’s not a put down, it’s the truth. I am not scared though, only of preserving my Personal Freedom.

It is “complicated” because I have big “fights” on my hands.

I want to change the world to be a better place, starting with my world: reforms in Mental Health Care and he needs to understand that is my primary objective, everything else, apart from my wellbeing, is just second to that, including him.

Then he can tell me that He Loves Me, or like me so very very much as often as he wants.

I didn’t know how to explain this to him but this morning came the answer.

Tomorrow night he is staying at mine from work and will stay there when he needs for the next two weeks when  I am away in Vancouver (it’s more convenient for his work and then he can borrow my car when needed), I have decided, and texted him, that I would take him to meet my friends at the hospital.

I think that might be sufficient to get him to stop “wanting to marry me” and think what he is getting into.

He also needs to understand I don’t need him. That I will have him in my life as long as it doesn’t interfere with my plans, nor my Personal Freedom – we might have an issue here as apparently he is the jealous kind, he has already showed me signs he won’t be happy if other guys look at me. Which may be a problem as I do like to look after myself these days, and do on occasions get looks.

I also smile a lot and that attracts many connections. He needs to be able to handle that and realise my heart will belong to him and him only, once I have decided he can keep it.

Currently, he has my heart, however it is too early to say for how long.

Falling in love is great fun, except you have to set boundaries, otherwise, it can fuck you up, I have learned that from past experiences and I can tell you assuredly my heart will not be broken again, strong healthy boundaries will assure that.